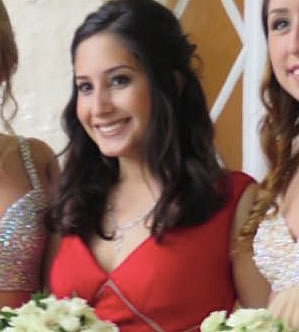 “What’s wrong with your nails?”
“Why do you have so many scars and blisters?”

I never really had the answer to these questions, and I didn’t want to answer because I didn’t want to be labeled as even more “different” than I already was. Growing up as a minority child in a school district that was overwhelmingly white, made me stand out enough. Being different was a bad thing; fitting in was good.

From an early age, I understood that I was different from other children. I remember being a terrified eight year old, who was afraid to go swimming at the community pool because of my scars and blisters. I always knew I was unique in this sense: my body was different from the other kids, much more fragile and incredibly sensitive. This disorder, called Epidermolysis Bullosa, a group of disorders caused by missing collagens which results in sensitive skin and nail. I didn’t know the name of “what was wrong with me,” for many years, until I actually gathered the courage to ask my mother, who is, ironically, a dermatologist, what it was called.

For the majority of my life, I remember covering my ankles and feet as much as possible. I never dared to wear flip-flops or sandals to school. On a rare summer day when I felt extra audacious, I wore flip flops in public. But, I would soon find myself curling my toes underneath themselves and trying to subtly conceal my missing toenails and blisters.

When I was about 10, I really wanted to join the local soccer league. My parents told me that I couldn’t, that it wasn’t a good idea because my legs would have constant exposure to kicking and cleats and pounding soccer balls. That was something I didn’t want to hear; I didn’t want to be singled out: told that I can’t do something. No kid wants to be singled out and told she can’t do something. Instead I found some things that I could do: I joined the swim team, participated in traditional Indian dancing, and was part of various All Star-Cheerleading teams for many years. But I was extremely self conscious when participating in each and every one. Winning competitions, tournaments, and even the US Finals in Rhode Island felt good in the moment, but of course it presented me with neither the confidence in myself nor the self acceptance that I had longed for my entire life.

Gaining acceptance and likeness of one’s imperfections and quirks doesn’t come from outside sources. It can only come from inside oneself.
When I began to attend high school, I began to grow. I was thrown into a greater mixture of people, ideas, and backgrounds. And most of all, through my various sports, friend groups, and classes I’ve realized that I can’t make myself fit in. I no longer try to assimilate to societal standards of beauty or normality, but instead my own definition, my own “standard” of beauty. I no longer desperately try to hide my scars, blisters, or imperfections. I find my disease to be an aspect of me that has made me a stronger person, a person who doesn’t judge others by their appearances, a person who accepts all people and knows that one cannot be defined by one quality, but instead by thousands of qualities. I know that through diversity people have the chance to obtain personal growth. And I know that no one should ever be afraid to wear sandals.

Read about her experience