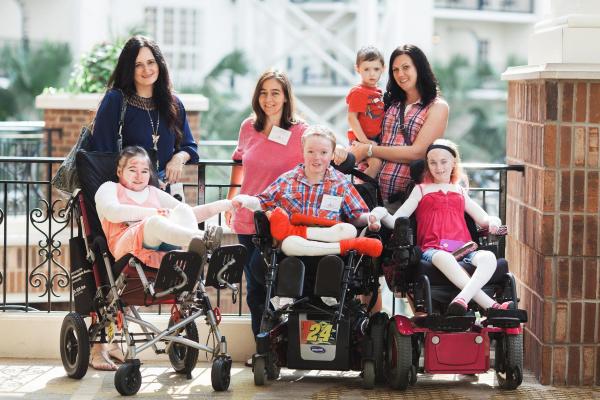 Every year, 200 children are born with Epidermolysis Bullosa (EB) in the United States. That’s in addition to the approximately 25,000 people already living with EB. While that sounds like a large number of people with the disease, it’s considered rare. Regardless of the numbers, it’s the immense burden of EB that drives the need for a high level of patient support, and why we call EB “the worst disease you’ve never heard of”. People with EB live with constant excruciating physical pain, which is a huge factor for the emotional distress this disease causes. Coping with EB also inflicts tremendous financial challenges to the individuals and families affected.

“Because the cost of doing nothing is too great” is an axiom that defines our mission and directs all of debra of America’s actions as an organization. debra of America's mission is to improve the quality of life for all people living with EB.

To achieve this, we do two things in parallel: we provide free programs and services to the EB Community in the United States and fund the most innovative research directed at symptom relief and a systemic cure. debra of America was founded in 1980 by Arlene Pessar and her son, Eric Lopez, who was born with EB. Eric testified before Congress six times during the 1980's urging Federal appropriations for research, as well as legislation, which led to the creation of five clinical centers and a national registry of patients.

Frustrated with the lack of available medical information on the disease when Eric was born, Arlene and Eric wrote countless letters to nursing journals seeking information about EB. debra of America was founded to fill the large gaps in knowledge about the cause, diagnosis, treatment, and a cure for the rare disease. After they had written the first informational materials on EB, the mother and son team identified regional representatives to promote awareness and disseminate this information. Initial television, radio, and newspaper publicity drew attention to debra of America’s mission and in the organization’s inaugural year, the first newsletter was mailed to 100 EB families across the nation.

Their valiant efforts even caught the attention of President Ronald Reagan. On October 11, 1984, President Reagan and the 98th Congress of the United States of America signed the Joint Resolution approving the first-ever “National Epidermolysis Bullosa Awareness Week.”

Since 1980, debra of America has remained committed to their mission to fund research toward a cure, while responding to the increased need to provide direct services to patients and their families.